Vote Yes to Regulations on Short-Term Rentals in Jersey City

This November 5th, Jersey City residents will have the opportunity to shape the future of short-term rentals, like those on Airbnb, in Jersey City. We at Force the Issue NJ are encouraging voters to vote Yes on Municipal Question 1, which will allow sensible regulations passed by the City Council and signed by Mayor Steven Fulop to go into effect.

There are a number of reasons to support the regulations. It helps control noise and litter, mitigate overcrowded street parking, and, overall, maintain quality of life. We want to build community with residents invested in the future of the city. We do not need residential buildings filled with unregulated hotels for tourists looking to visit New York City.

This ordinance, plainly, does not ban short-term rentals.

This is a particular concern for Jersey City, which has seen steady increases in housing costs for years and a lack of affordable housing. Estimates indicate that around 3 – 5% of apartments in Jersey City (and 5 – 10% downtown) are now unregulated hotels through Airbnb, and that number is growing fast.

Many of these units have been purchased by companies or wealthy investors and converted into short-term rentals to pursue profit at the expense of working people and other long-time residents of Jersey City. In fact, approximately three-quarters of all Airbnb rentals in Jersey City are hosted by users with multiple Airbnb listings.

The ordinance overwhelmingly passed by the Jersey City council attempts to stem this dangerous buying up of housing stock with sensible regulations.

The Vote Yes campaign, on the other hand, has the support of the New Jersey AFL-CIO, Working Families Party, North New Jersey DSA, Make the Road New Jersey, the Hudson County Progressive Alliance, housing advocates, and other progressive organizations, like Force the Issue NJ.

The effort to challenge the regulations is being led by Airbnb (the chairperson of the organization covering the city in deceptive literature, “Keep Our Homes,” is an Airbnb press secretary), a multi-billion dollar company that has led similar efforts in other cities, spending millions of dollars on disinformation. They aim to do the same in Jersey City and spend $3 million on the effort.

Airbnb’s Keep Our Homes may encourage voters to “fight the power.” But, let’s be clear: this is an effort undertaken by a very powerful, multinational corporation to fight democratically enacted regulations. The Vote Yes campaign, on the other hand, has the support of the New Jersey AFL-CIO, Jersey City Education Association, Working Families Party, North New Jersey DSA, Make the Road New Jersey, the Hudson County Progressive Alliance, housing advocates, and other progressive organizations, like Force the Issue NJ.

There is a consistent pattern of Airbnb fighting municipal governments and circumventing democracy when regulations are imposed or enforcement is attempted, whether through suing municipalities or through referenda, like what they are attempting to do in Jersey City.

If you live in Jersey City, you’ve probably seen more than one leaflet from Keep Our Homes that claims that the regulations constitute a ban.

This ordinance, plainly, does not ban short-term rentals.

So what do the regulations actually do?

If a homeowner wants to rent out a room, or their whole home every once in a while, they will still be able to do so.

These regulations are necessary, and without them, the situation will get worse and cause housing costs to continue to climb.

Airbnb and the investors it enables cannot be allowed to continue to make money at the expense of the working people of Jersey City. Access to affordable housing is one of the greatest challenges the city faces, and if these regulations do not go into effect, it will only get worse.

The only way Jersey City residents can counter all of the money that is pouring into disinformation on the other side is through people power. 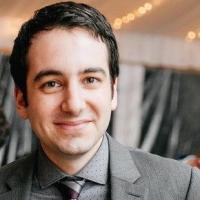 Glenn comes to the Force the Issue NJ Board of Directors with a background in volunteer management, program evaluation, and writing. Pursuing his interest in progressive political organizing, Glenn met the rest of the Force the Issue NJ team while playing a leadership role organizing for Bernie Sanders presidential campaign in Jersey City. Glenn holds a BA and an MA in Political Science from The College of New Jersey and Rutgers University respectively, where his studies focused on social movements.